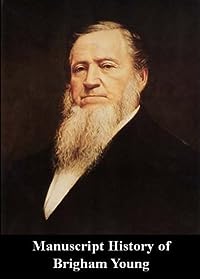 I was born in Whitingham, Windham County, Vermont, June 1, 1801. At an early age I labored with my father, assisting him to clear off new land and cultivate his farm, passing through many hardships and privations incident to settling a new country.

My parents were devoted to the Methodist religion, and their precepts of morality were sustained by their good examples. I was labored with diligently by the priests to attach myself to some church in my early life. I was taught by my parents to live a strictly moral life, still it was not until my twenty-second year that I became serious and religiously inclined. Soon after this I attached myself to the Methodist Church.

October 8th, 1824, I married a young woman by the name of Miriam Works, daughter of Asa and Jerusha Works, in Aurelius, Cayuga County, New York, where I resided eighteen years, following the occupation of carpenter, joiner, painter, and glazier. In the spring of 1829 I removed to Mendon, Monroe County, where my father resided. The next spring I first saw the Book of Mormon, which Brother Samuel H. Smith brought and left with my brother Phinehas P. H. Young. In the fall of 1831, Elders Alpheus Gifford, Elial Strong and others came to Mendon to preach the everlasting gospel, as revealed to Joseph Smith, the Prophet, which I heard and believed. 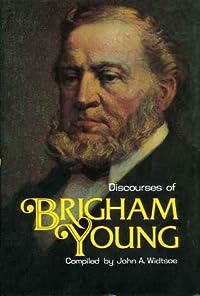 Discourses of Brigham Young: Second President of the Church of Jesus Christ of Latter-Day Saints